We braced ourselves for a tough crowd. When we were asked to speak to a group of students about the potentially harmful consequences of video games and social media, we expected them to roll their eyes — or maybe even throw tomatoes. But the students seemed to be truly interested as we described the physiological effects of their favorite pastimes. To our surprise, however, several boys confessed, “We already knew these things were addictive. We just don’t want our parents to find out!”

Kids may already be aware that they have a hard time putting down their game controller or logging off their favorite social media site, but most do not understand how an addiction can damage their health, their relationships and their emotional well-being. Parents need to help their kids understand the connection between the choices they make and the consequences they must live with.

Although the Scriptures are filled with specific commands about right and wrong, many issues fall outside a clear prohibition. Because video games and social media are not immoral, coaching our kids through these activities can be tricky. We must shift from “telling” to “selling.” Part of guiding our children into maturity is helping them learn discernment and wisdom when facing a decision that may not have a specific moral mandate.

As our boys grew into lanky teens, we sought help from the apostle Paul who wrote, ” ‘Everything is permissible for me’ — but not everything is beneficial” (1 Corinthians 6:12). We realized that our role was to help our kids develop positive disciplines. Paul goes on to write: ” ‘Everything is permissible for me’ — but I will not be mastered by anything.” In other words, online video games and social network chatter may not destroy a teen’s faith, but they can stunt his or her potential.

We’ve received dozens of e-mails from parents trying to help their game-addicted sons. A worried mother wrote about her 17-year-old son who had received substantial academic scholarships to enter college, but found his video-game habit overtaking an otherwise successful life. She explained that he had become an addicted, depressed, apathetic young man.

While less inclined toward video-game addiction than boys, girls are more inclined to become consumed by social networking through online sites that allow them to share intimate details about themselves to “virtual” friends and professionals. On social networking sites, teens can expose themselves to bullying and emotional abuse, and stunt their potential for real-world relationships.

Teens coming of age in a virtual world confront daily choices that will shape their character and influence their capacity for life. Christianity affirms that we are created to thrive in a flesh-and-blood world, but much of the online games and social media technologies create an artificial existence. The more time we spend in a virtual world, the further we slip into an existence less than fully human.

So how do we help our teens to make wise choices in a culture dominated by online games and social media? We suggest sharing three principles with your teens:

Teens may be content to live in an online world, but intentional parenting requires that we help them stay connected to the real world. As we talk to our teens about virtual media, we can also help them connect the dots between choices and consequences.

Copyright © 2010 by Kurt and Olivia Bruner. Used by permission. 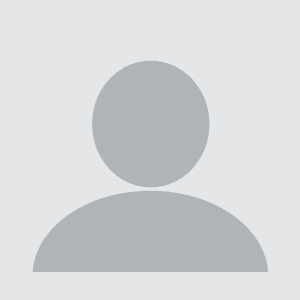 Olivia Bruner is a former sixth grade teacher and popular speaker for the Heritage Builders Association. The mother of four children, Olivia is author of The Family Compass and Playstation Nation. Talking With Your Kids About the TikTok Suicide Video

We must be aware of what our kids are watching online and how it may impact them, especially in the case of the recent TikTok suicide video that has gone viral. Fun Ways Technology Can Connect You With Family and Friends

There are many ways you can connect with your loved ones, and those tools are right at your fingertips! A Parents’ Guide to Screen Time During Coronavirus

Now, more than ever, we need to be mindful of our screens and how we use them. We should always be their masters—and never let them be masters over us.

April 3, 2020
Have Focus on the Family resources helped you or your family? Share your story here and inspire others today!