Helping Families Thrive™
DONATE
Strengthen families with
your gift
GIVE MONTHLY
Help fund our ministry
programs
DONATE
GIVE MONTHLY
Menu
Menu
Have Focus on the Family resources helped you or your family? Share your story here and inspire others today!

Home » Episodes » Focus on the Family Broadcast » One Pitch From Humility

Focus on the Family Broadcast

One Pitch From Humility

Resources
Get the App
Find a Station
Take Our Survey

One Pitch From Humility

Frank Pastore (1957-2012), a former Major League baseball pitcher, shares his discovery that success in the world only brings emptiness, and how he found true happiness through the truth of the Gospel.

Excerpt: Frank Pastore (deceased): How do you know God exists?  How do you know Jesus rose from the dead?  Why should I believe the Bible, doesn’t it contradict itself all over the place? End of Excerpt John Fuller: Well, those are questions that a young, arrogant, major league baseball player had about Christianity. And today, you’re going to hear where those questions took Frank Pastore. This is Focus on the Family. Your host is Focus president, Jim Daly, and I’m John Fuller. Jim Daly: John, that’s right. We have a great program in store for you, today. But, before we get to it, let me remind you that we appreciate your financial support for this ministry, which enables us to share inspirational, life-changing stories, like this one, with millions of listeners around the world. We need your partnership so that more people can hear the gospel and get help for their families. So, please. Donate today. John: We do appreciate your generosity when you donate at focusonthefamily.com/broadcast, or when you call 800, the letter A, and the word FAMILY. Jim: Now, today’s speaker, Frank Pastore, really inspires me because he’s one of those super-smart people who scoffed at Christianity until he actually studied the claims of Christ. And then he saw the truth! John: Well, there is that old saying, “As long as there’s breath, there’s hope.” And I do appreciate that. Jim: That’s right! And in Frank’s case, he had made it to the top! A major league baseball contract. But he felt empty inside. And then the Lord intervened in his life and really got his attention. And that’s the story you’ll hear today. And in fact, it’s captured in his book, Shattered: Struck Down, But Not Destroyed. And I’d love to send that out to you for a gift of any amount, as you support what we’re doing here at Focus on the Family. Sadly, after several years as a Christian talk show host, Frank died after a tragic motorcycle accident. And we miss him. He and I had ridden together several times in the mountains here in Colorado. And we’ll talk more about that at the end of Frank’s message. John: Okay. Uh… for now, here’s Frank Pastore speaking to a men’s conference at Calvary Chapel, Costa Mesa, on Focus on the Family.

John: What a great presentation from our good friend, the late Frank Pastore. Uh… the author of the book, Shattered. And we have copies of that we can send when you make a generous donation of any amount to the work of Focus on the Family. Jim: John, as we said at the top of the program, Frank died in 2012 as a result of a terrible motorcycle accident. He was just 55 years old. And uh… he’d been the host of “The Frank Pastore Show” on KKLA. A great Christian Talk station in Los Angeles, for about nine years. And just a few hours before that accident, Frank was hosting a discussion about life after death. Let’s hear what he had to say. Frank: “I mean look, you guys know I ride a motorcycle, right? So, at any minute I could be spread all over the 210 (Freeway). But that’s not me. That’s my body parts.”  Jim: John, isn’t that stunning? Unbeknownst to Frank, he was prophesying. He was saying what would happen on that very same freeway later that very day. As he continued that discussion further, Frank said that his body is just a shell. You know, a container for his soul. John: Hm. Jim: And when he died, yes, his soul went to be with the Lord. John: And that is a great comfort to his family, and the friends, and all the coworkers there at KKLA. Jim: Well, I’d imagine that’s a Truth they cling to every day. And let me conclude with some lessons we can all take from Frank. First of all, success does not satisfy you if you don’t have a relationship with Jesus Christ. No amount of fame or fortune can fill that God-shaped vacuum in our hearts. We’re made to know the Lord. We all have a responsibility to know what we believe, and why we believe it, so that we can share the good news of the gospel with others. Man, Frank was so good at that. John: Mm. Jim: And finally, we could die on the way home from work today. Just like Frank did. Are you ready? Do you have the assurance of eternal life? If not, pray this prayer with me: Lord Jesus Christ, I agree that I am a sinner. Thank you for dying on the cross for my sins. I repent and turn away from my past sins. I open the door of my life and receive you as my Savior and Lord. Thank you for forgiving my sins and giving me eternal life. Make me the kind of person you want me to be. Amen. And if you prayed that prayer, please let us know. We’d love to hear from you. John: We would. And we’d also like to send a follow-up booklet called, Coming Home: An Invitation to Join God’s Family. Our number is 800-A-FAMILY. 800-232-6459. You can also find that little booklet, Coming Home, on online at focusonthefamily.com/broadcast. If you enjoyed today’s program, please tell a friend to tune in next time. We’ll share one couple’s journey of conflict as they fought to save their marriage. Teaser: Mrs. Elicia Horton: Well, we did discover, after getting married is that we realized that there were a lot of layers, a lot of layers to our past, our brokenness. A lot of things that we brought into our marriage. And I feel like God was just showing us a preview of how we were going to start unpacking those things with each other. End of Teaser 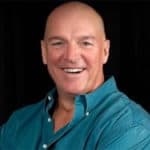 Frank Pastore (1957-2012) was host of one of the most popular Christian radio talk shows in the United States, “The Frank Pastore Show.” Prior to that, he was a Major League Baseball pitcher, but his sports career abruptly ended after a tragic accident resulting in severe injury. Frank authored a best-selling book titled Shattered: Struck Down, But Not Destroyed, which recounts his journey of finding faith and new life purpose following the accident. He is survived by his wife, Gina, their two adult children, and three grandchildren. Gina recently published her own book of their life together, called Picking Up My Shattered Pieces. Receive Frank Pastore's book Shattered for your donation of any amount! 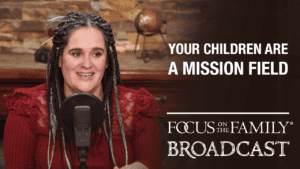 Your Children are a Mission Field

In a discussion based on her book Missionary Mom, Shontell Brewer offers moms encouragement and guidance for developing their sacred calling to teach and motivate their kids to follow Jesus Christ. Fighting for Your Marriage No Matter What (Part 2 of 2)

Singer-songwriter Matt Hammitt and his wife, Sarah, candidly discuss the severe marriage problems that resulted from his busy touring schedule, personality clashes, an adverse diagnosis, and a close-call emotional affair. Our guests offer troubled couples hope as they describe how grace, forgiveness, and faith helped save their marriage. (Part 2 of 2)

Fighting for Your Marriage No Matter What (Part 1 of 2)

Singer-songwriter Matt Hammitt and his wife, Sarah, candidly discuss the severe marriage problems that resulted from his busy touring schedule, personality clashes, an adverse diagnosis, and a close-call emotional affair. Our guests offer troubled couples hope as they describe how grace, forgiveness, and faith helped save their marriage. (Part 1 of 2)

A Legacy of Music and Trusting the Lord

Popular Christian vocalist Larnelle Harris reflects on his five-decade music career, sharing the valuable life lessons he’s learned about putting his family first, allowing God to redeem a troubled past, recognizing those who’ve sacrificed for his benefit, and faithfully adhering to biblical principles amidst all the opportunities that have come his way.

Amy Carroll explains how listeners can find freedom from self-imposed and unrealistic standards of perfection in a discussion based on her book, Breaking Up With Perfect: Kiss Perfection Goodbye and Embrace the Joy God Has in Store for You. 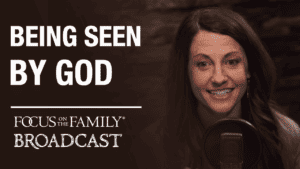 Being Seen by God

Dr. Francis Collins, Director of the National Institutes of Health, gives an update on the coronavirus pandemic.
Then, offering encouragement found in her book Unseen: The Gift of Being Hidden in a World That Loves to be Noticed, Sara Hagerty describes how we can experience God in ordinary, everday moments, and how we can find our identity in Him apart from what we do.