Settling for a Spouse

I can’t begin to tell you how many single believers I have spoken to and counseled who are trying to avoid settling, worried that they are settling, think it’s “wrong” to settle, etc. Good relationships have gone down the tubes or never gotten off the ground because of this issue. The question for us is whether that approach to dating and marriage gels with the biblical approach to life and love.

It doesn’t, for at least three reasons:

The first is that worries about settling reveal a selfishness approach to marriage that misunderstands the Bible’s idea of love. “Holding out for true love” as the above quote defines it means demanding a person to whom I am completely attracted in the secular sense, somebody who meets all the qualifications on my “list,” and whom I believe is the “best I can do.” In the author’s mind — and unfortunately in the minds of many single Christians — anything short of finding that perfect match created in one’s mind falls short of “true love” and constitutes the sad and unwise act of “settling.” Such an approach to love and marriage fundamentally misunderstands the Bible’s idea of both.

In the world’s version of attraction, I’m a consumer, not a servant. I respond to attributes of yours that I like because of their potential to please me. Again, this is not malicious or evil — it’s just not how we’re primarily called to treat one another in Scripture. It’s not the Bible’s idea of love.

Marriage is incredibly fun; it’s also incredibly hard. For most people it is the greatest act of ministry and service to another person that they will ever undertake. Husbands are literally called to “give themselves up for” their wives. Wives are called to submit to, respect, and serve their husbands “as to the Lord.” Though husbands and wives receive countless blessings from a biblical marriage, the very idea of biblical marriage describes an act — many acts — of love, service, sacrifice, and ministry toward a sinful human being. According to Scripture, marriage is anything but a selfish endeavor. It is a ministry.

What sense does it make to undertake that ministry based primarily on a list of self-centered (and often petty) preferences? If your idea of attraction — whatever that is — dominates your pursuit of a spouse, consider this: Is your approach biblical?

The Bible calls us to reject the world’s approach to love and marriage. That may require a pretty radical rethinking of your own approach. If it does, join the club. If you can manage that rethinking (with the Lord’s help), it will drain much of the angst from any discussion about “settling.”

Another problem with the usual discussion on settling is that it usually reflects two unbiblical beliefs: (1) we can strategize our way around the effects of sin in human relationships and the reality that marriage is hard work, and (2) we can hope to be perfectly, ultimately fulfilled by marriage — or any other earthly relationship.

If you have a biblical understanding of human nature, then you will realize that in one sense, everybody settles — even the people who think they are refusing to. Every person who decides to marry makes the decision to marry a sinner. That means you will marry someone who is at some level selfish, who has insecurities and an ego, who has annoying tendencies that you will only discover after marriage because they will only be revealed in that intimate context. And don’t forget, your spouse will have married the same type of person.

As sinners, we all “settle” for marriage to a person who will not always meet our sinful, individualized, selfish whims, who will not be the spouse we “dreamed of” every day, and who likely entered the bargain with some level of expectation that you were going to be the one for them.

Finally, deep worry about settling for less than one desires or deserves in marriage fails to acknowledge two fundamental biblical truths that apply to all areas of the Christian life — not just dating and marriage: (1) as sinners, what we deserve is condemnation from God; and (2) we have been given greater gifts than we could possibly deserve or attain on our own. In other words, compared to what our lives should be before a just and holy God, no believer in Christ ever settles — in marriage or in anything else.

Nobody really “settles” in a biblical marriage because God has designed marriage as a wonderful gift that gets better with age. This is what people worried about settling don’t seem to get. They think joy in marriage is all about the original choice one makes about whom to marry, rather than how they nurture and build their marriage. Again, this misses the picture of biblical marriage.

Bottom line, the real danger for God’s people in pursuing a spouse is that we will “settle” for the world’s vision of self, love, marriage and even romance, rather than a vision of those things steeped in scripture and rooted in the love of Christ. Biblical love and marriage ask more of us than the world’s selfish pursuit of non-existent perfection. But the rewards are infinitely richer. “Keep your eyes on the prize”? Sure. Just make sure it’s the right one. Scott Croft served for several years as chairman of the elders at Capitol Hill Baptist Church in Washington, D.C., where he wrote and taught the Friendship, Courtship & Marriage and Biblical Manhood & Womanhood CORE Seminars. Scott now lives in the Louisville, Ky., area with his wife, Rachel, and son, William, where he works as an attorney and serves as an elder of Third Avenue Baptist Church.

More by Scott Croft
PrevPreviousCollateral Damage? Children With a Gay Parent Speak Out
NextDealing With Physical Distance in MarriageNext 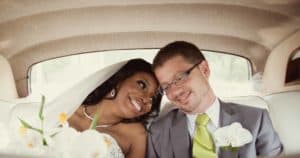 9 Reasons to Get Married

Why is marriage more than a formal declaration of love and commitment between two people? Learn about nine good reasons to get married. Connecting with your Spouse One of the great gifts God has tucked into the aspect of “becoming one flesh” in marriage is the opportunity to be known.

January 3, 2020
Have Focus on the Family resources helped you or your family? Share your story here and inspire others today!