Helping Families Thrive™
DONATE
Strengthen families with
your gift
GIVE MONTHLY
Help fund our ministry
programs
DONATE
GIVE MONTHLY
Menu
Menu
Have Focus on the Family resources helped you or your family? Share your story here and inspire others today!
Home » Faith » Is Biblical Christianity on the Decline?

Is Biblical Christianity on the Decline?

With such powerful and respected news sources proclaiming this dour news, who could possibly doubt the truth of it?

Well, the story is more complex than most of the current mainstream stories explain. These headlines refer to a new report from the good folks at the Pew Research Center on the shape of America’s religious landscape. They do excellent investigations into and reporting on how faith practice and belief in general is faring in the United States.

There is indeed bad news in the report for Christianity in general, but it actually turns out to be relatively good news. How can that be?

In general, the big picture shows that:

Christianity: It indeed declined nearly 8 percent, with 71 percent of American adults identifying as Christians today, down from 78 percent in 2007.

“Nones”: Overall, they increased just over 6 percentage points over this same time, from 16 to 23 percent.

Non-Christian Faiths:  These grew very slightly – 1% – from very low numbers of 5 percent in 2007. The greatest increases were found among Muslims and Hindus, both of which generally doubled. Jewish identity grew by a smidge of percentage point and Buddhism remained steady 0.7 percent of all U.S. adults. Most of this small growth is from immigration of Muslim and Hindu individuals rather than conversion.

BUT… things get interesting when you break down the various Christian traditions and identities. There are obvious changes happening among mainline Protestant traditions as too many of them have accommodated themselves to the world, jettisoning essential Christian truths: Salvation through Christ alone, the reality of sin, Satan and Hell, increased acceptance of abortion, free sex, homosexuality and same-sex marriage, all the way to ordaining clergy who are in same-sex relationships. How are these traditions holding up?

Are they growing soundly as they become more gracious and inclusive? No doubt that was their plan, but it has not quite worked out that way.

The mainline protestant churches are absolutely hemorrhaging members. To mix metaphors, members are running for the exits of these churches as if they are on fire. In absolute numbers, these churches have collectively declined by 5 million adults since 2007, easily the starkest decline of any Christian tradition. Of course, their precipitous decline was already in full flow prior to 2007, only getting worse in the following years.

What about other Protestants, such as evangelicals? Well, these are the rigid, judgmental, busy-bodied fundamentalists who of late have become both hateful and bigoted. We know this because the elites in New York, Los Angeles and Washington DC keep telling us so…repeatedly. So how are the evangelicals faring in terms of decline?

While the mainstream protestant churches are now down to 36 million adults, there are 62 million American evangelical adults. But actual numbers doesn’t show us decline or growth. Are evangelical churches growing or not? It would seem doubtful given that nearly every other religious category is either merely maintaining or declining. However, Pew explains that the number of evangelicals in America may have increased at best by as much as 5 million since 2007.

The good news here is not just that evangelical churches are continuing to grow, but why. It’s this that really matters for our faith.

These are the churches that seek to be faithful to the teachings of historic, biblical Christianity, teaching the scriptures without changing it to the blowing winds of current social fashion. They know that it is God’s church, not theirs to change as they see fit. And people are voting for this fidelity to Christianity with their feet.

People are coming to churches like these because they actually offer something that people desperately need – the Gospel and the call to obedient discipleship. To paraphrase the great Southern novelist Flannery O’Connor, if your church isn’t going to believe and practice real Christianity, “why bother!”

Why bother, indeed. And the latest Pew data bears this out. Glenn T. Stanton is the director of Global Family Formation Studies at Focus on the Family. He debates and lectures extensively on the issues of gender, sexuality, marriage and parenting at universities and churches around the world.

Stanton also served the George W. Bush administration for many years as a consultant on increasing fatherhood involvement in the Head Start program.

Stanton is the author of nine books and is senior contributor to the Federalist blog. His latest book is“The Myth of the Dying Church: How Christianity is Actually Thriving in America and the World.” His previous is “Loving My (LGBT) Neighbor: Being Friends in Grace and Truth,” explores how Christians should interact with gay or lesbian neighbors in a Christ-honoring way. He is also the co-writer of “Irreplaceable” a film seen in theatres nationwide, and the co-author and creator of “The Family Project,” a 12-session small group DVD curriculum produced by Focus on the Family. 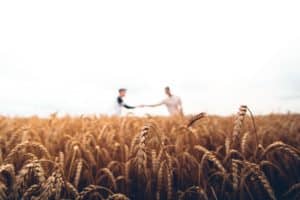 10 Things Everyone Should Know About a Christian View of Homosexuality

Why traditional Christians believe as they do regarding gender, sexuality, marriage, and the family. What is it about manhood that requires intentionality in turning boys into men? Why Does Manhood Matter?

Knowing why manhood is essential and what it does.